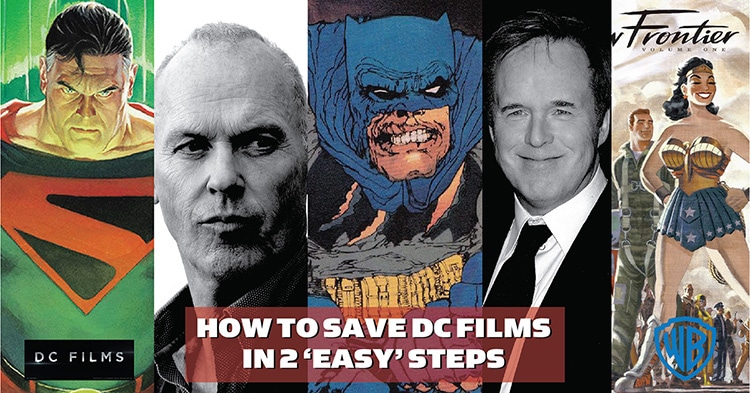 I was thinking out loud back in April, 2017 on the Twitter. I started throwing some images together. It was too good!

It was something that had been haunting me that week. But not enough to write about it.

From all of the yelling online during 2016-17, I knew DC Films could be doing a lot better. I decided to have a look at the first five films they released (2013-17) and chart audience and critical sentiment. The Dark Knight Rises is included for context. Check out this graphic and then join me underneath. 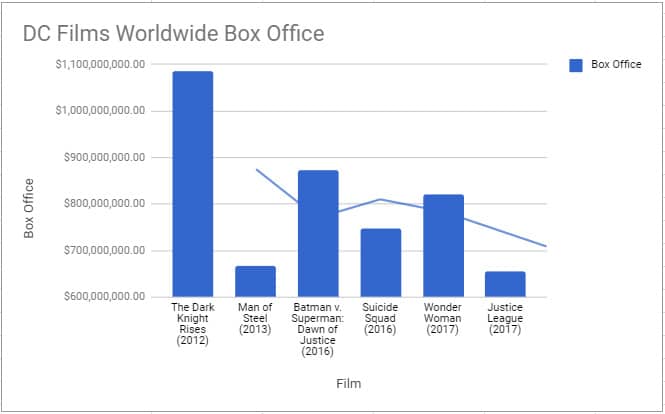 Now let’s play a game called “imaginary studio head”. You can play along at home – and in the comments (please do).

Contrary to popular belief, most of us filmgoers aren’t ‘Marvel fanboys’, or ‘Team Marvel’. When we pay our 13 bucks at the theater, we’re not looking for a DC movie to fail. We just wish the new DC films were better. Like a whole lot better.

Step 1: Get Dark Knight Returns with Michael Keaton into production.

Hell, just get MK to recommend a writer and director. His taste in movies is damn near impeccable.

Or choose someone inspired this time. Korea is putting out some of the best movies on the planet now. How about Jee-woon Kim (A Bittersweet Life, I Saw the Devil, The Age of Shadows) or Joon Ho Bong  (The Host, Snowpiercer, Okja)? Not only do they know how to make mainstream films that are loved worldwide – they have vision.

And after 80 years in existence, Batman is pretty ‘bendable’ to different styles. Remember back in 2008 when DC did a pretty rad anime anthology, Batman: Gotham Knight?

Or how about the upcoming Batman Ninja?

Drop 2 or 3 stacks of cartel-sized bushels of cashola off at Brad Bird’s offices.

Brad makes Darwyn Cooke’s DC: New Frontier [as a 2-parter] and then follows up with Mark Waid and Alex Ross’ Kingdom Come

Now Brad is already clocking in at 60 years of age. He still has to do the promotional circuit for The Incredibles 2. And filming these 3 movies will probably kill him.

Which would be a shame, as the man is a goddamned national treasure!

helmed by James Wan in the queue. 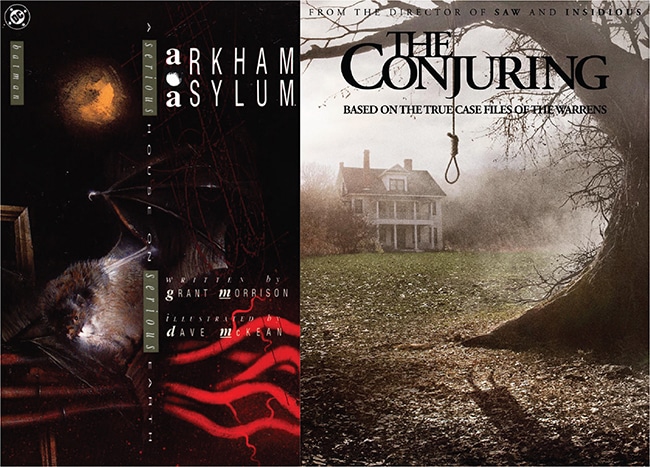 Now it’s your turn to play. How would you turn all of this around?